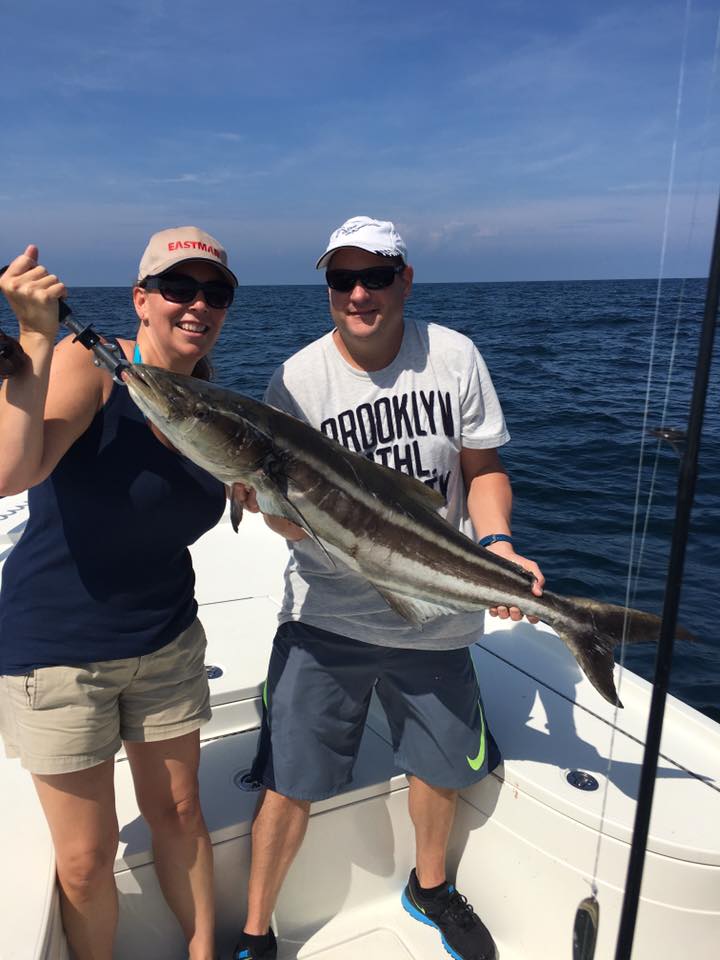 Inshore
There’s no doubt about it sheepshead are the most popular target for inshore anglers right now. The action has been steady, but hopefully we haven’t seen the best bite just yet. If you’re going, you’ll want to start at Pensacola Pass and be sure to have live shrimp or fiddler crabs.
Fishing for slot size redfish has been good in a number of different areas. The docks in Santa Rosa Sound are holding quite a few fish and as usual you should be able to find some roaming the flats near the river mouths.
Offshore
The first cobia was caught out of Destin last weekend so it won’t be long now before cobia season is in full swing. Most of the local tackle stores already have a good stock of eels, so be sure to pick up a couple if you think it’s possible you cross paths with a cobia.
Amberjack and vermillion snapper continue to be the primary catch for most anglers looking for bottom dwellers they can keep. It looks like the weather is going to be decent this weekend if you’re considering venturing offshore.
Piers & Beaches
It won’t be long now and the Pensacola Beach Gulf Fishing Pier and Navarre Beach Fishing Pier will be packed with anglers looking cobia and pompano. If you’re going out there be sure to have a cobia and pompano jig on hand.
Fort Pickens Pier is the best spot right now if you’re land locked and looking for sheepshead. They get pretty spooky around the pier so you’ll want to use a small hook, light weight, and fiddler crabs.
Freshwater
According to several different reports it sounds like the bass fishing has been pretty good on the local rivers and from this point going forward it should only get better as long as we don’t have too much cold weather.