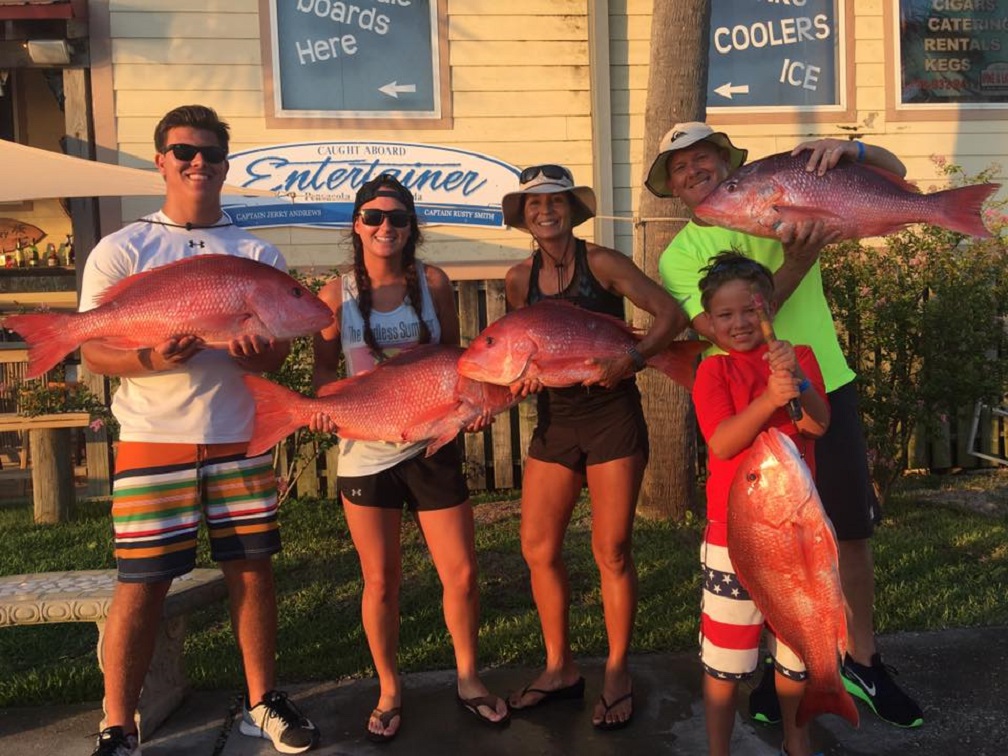 Inshore
Flounder fishing has actually been pretty good lately, but don’t expect to fill the cooler or anything. It’s been tough the last few years for rod and reel anglers, so hopefully this means we’re going to start catching a few more.
Spanish mackerel are a great option right now if you’re looking for some steady action. Just get some mackerel trees or speck rigs and troll up and down the beach out in the Gulf.

Offshore
Red snapper season opens in Florida state waters on Saturday May 6 so you can expect to see plenty of boats on the water this weekend. Being the start of the season you shouldn’t have too much trouble finding a limit of fish on most of the public spots.
King mackerel are being found on a lot of the nearshore wrecks and they caught be caught slow trolling with live baits or using frozen cigar minnows in conjunction with a duster.
There’s been some reports of wahoo being caught along with blackfins out around the Edge and Nipple, so if you’re out there bottom fishing be sure to give it a try.

Piers & Beaches
Quite a few pompano are still being caught in the surf along with a decent amount of whiting. It won’t be long now and the pompano will start disappearing so give it a shot this weekend if you’re looking to do some fishing from land.
Spanish and king mackerel will be the primary targets for most anglers from here on out on the Pensacola Beach Gulf Fishing Pier and Navarre Beach Fishing Pier. Just make sure you pick up a bag of cigar minnows, a sabiki, and a Gotcha Lure on your way out there.

Freshwater
It sounds like the shellcracker fishing has been the best thing going for anglers looking for action on the local rivers. As usual just get some worms and crickets and look for them under bushes along the banks.