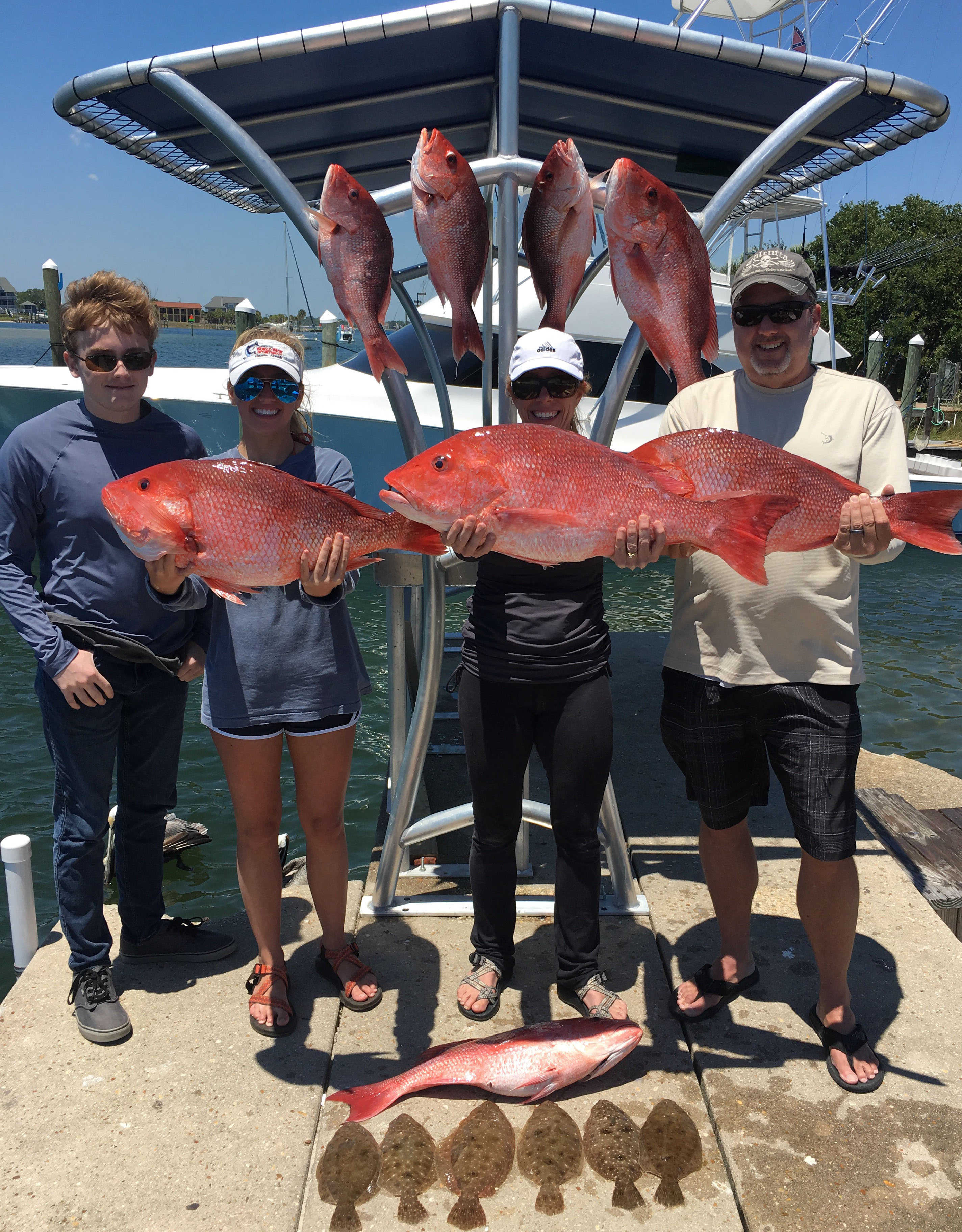 Inshore
The speckled trout and redfish reports have varied from one angler to another, but this is typically a pretty good time of year to fish for them. As usual both artificial lures and live bait will work depending on your situation and location.
Spanish have been around one day and gone the next, but hopefully it improves in the next week or two. As usual look for them schooling or just troll up and down the beach out in the Gulf.

Offshore
The forecast doesn’t look great for anyone trying to get offshore to take advantage of the weekend only Florida state waters red snapper season. Although the bite has been solid so if you can battle your way out there you shouldn’t have trouble finding fish.
Offshore trolling sounds like it’s been pretty good both south of Pensacola and down around the deepwater rigs. There’s been reports of tuna, billfish, wahoo, and dolphin, just depending on where you go.
Some kings have showed up out around the wrecks and buoys if you’re looking for something to do after catching your snapper. Dead cigar minnows with a duster has worked well and with the south wind we have coming the bite should only get better.

Piers & Beaches
The reports have been different from one day to the next on the Pensacola Beach Gulf Fishing Pier and Navarre Beach Fishing Pier, but if you’re looking for some action from land one of the piers are probably your best bet. Recent catches include Spanish mackerel, king mackerel, hardtails, ladyfish, and even a few dolphin.

Freshwater
Believe it or not June is right around the corner and the warm weather is coming with it. The bass and bream fishing has been decent, but it’s getting to the time of year where you’ll want to start looking for them first thing in the morning or late in the evenings.